This information is from a previous year. Please visit shellcon.io for up to date information.

Intro to Python for Security Professionals

Python is a fantastic programming language that is extensively used in many domains and widely used in the cybersecurity/infosec industry. A good grasp of Python will help automate numerous tasks and open up the use of libraries that in some cases are easier to use than the bash variant. E.g. Python HTTP requests vs curl.

In this interactive talk we will be walking through the Python language by building a tool similar to a pared down version of BruteSpray in 50 minutes. BruteSpray was chosen because it's a tool that is now included in Kali by default and is a great example of Python's functionality. By the end of this talk you will be able to write similarly useful programs in Python yourself. 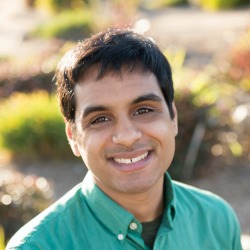 Ravin Kumar is a Data Scientist by day and a hacker enthusiast at night. He has been involved in security circles for over a decade now and is a keyholder...